‹ back to previous page 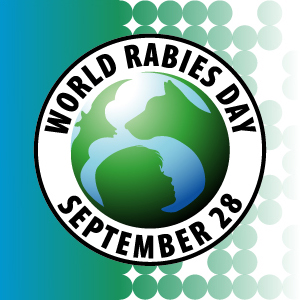 World Rabies Day is September 28th this year. Tens of thousands of people die of rabies each year around the world, mostly in Asia and Africa, but it is still endemic in our wildlife in North America.

Sadly a young man in British Columbia died of rabies earlier this year after an encounter with a bat while hiking on Vancouver Island. If he had been aware of the risks and sought medical help immediately afterwards his death could have been avoided.

If you are bitten or scratched you need to see a doctor immediately. The current treatment is to clean the wound and inject immunoglobulin (antibodies) around the site and to be given a vaccine in the arm. Booster vaccinations are given in the arm on days 3, 7, and 14. Gone are the days of the injections into the stomach, which might frighten people from reporting a bite. Remember that rabies is fatal, so if there is ANY question about exposure it is best to get the vaccines.

Rabies is not a disease of the past. It is still present in bats, raccoons, foxes, skunks, and coyotes. The best way to prevent human exposure is to avoid direct contact with these animals and to have your pets vaccinated against rabies.

In the 1980’s an oral vaccine was introduced for wildlife in Ontario (dropped in high-risk areas in tasty packets) and the number of cases dropped dramatically. The number of cases identified in foxes, skunks, and raccoons continued to be low until recently when 255 cases of rabies were detected in Ontario in 2016. Since that time the oral vaccine has been dropped in the affected areas from July until October of each year and the numbers have steadily decreased. There was a new case identified this week, bringing the total for this year so far to 19. The vaccine has been tested and is safe if consumed by a domestic pet.